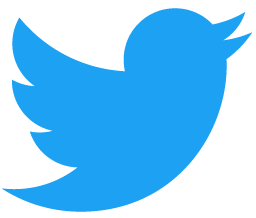 This year we are excited to be holding the Colt Starting Competition again. It was such a great event in 2018 and 2019 and so many people have asked to see it again. In 2022 we will have 3 new competitors who will compete to get a young, almost unhandled, horse started under saddle in just 3 short, 2 hour, sessions over 3 days.

Our Colts for 2022 are very kindly donated by Texas Star Performance Horses. We would like to give a huge thanks to Neil & Amanda for allowing us the chance to have this calibre of young horses at our event. The three horses will be offered for auction on the Saturday night at the completion of the Colt Starting Competition in front of the bar.

OUR COLT STARTERS:
Michael Green
Michael was born into a horsey family – his early years were spent mustering at various properties or in pony club.  As a young lad the faster the horse sport the better and mounted games became his preferred competition, and his riding was constantly refined by his well accomplished great aunt Rose Stewart’s instruction. He was lucky enough to win State and National titles and represent Australia at the world champs in Canada.  As a teen he moved into Polocrosse, playing in NSW before travelling and playing in the NT and WA as well as representing The NT at the Nationals in Warwick.

In the last 10 years, he has favoured and excelled in Stockman’s Challenges, including qualifying in the Top Ten at Corryong’s Man From Snowy River six times, coming 2nd in 2012 and winning the brumbie catch in 2013.

Michael’s father taught him to break horses. When he was about 13, with his dad’s supervision he started his first horse under saddle and in harness. He was a versatile pony that was used by the family for many years. Since then he has broken in all types of horses, from thoroughbreds in racing, warmbloods in eventing and dressage, to stock horses, quarter horses and brumbies.
In 2019 Michael competed in the  K Ranch’s Real Deal colt starting comp, and won that prestigious event in 2020. A humble winner and true horseman, he gives credit to the little filly he drew that year, she progressed very well over the week.

Josh Knight
Based in the Scenic Rim region of QLD's South East, Joshua Knight and his partner Skye Liikanen run their training and starting facility, Knights Equestrian, just outside Beaudesert.

Knights Equestrian caters for a wide variety of horses from many different disciplines, providing starting under saddle, problem solving, groundwork and lessons as well as general education.

Josh and Skye spent three years in the USA working under Dan James of Double Dan Horsemanship where they were able to benefit from being part of Dan's program from start to finish. They have also spent time learning from a number of talented trainers both in North America as well as here in Australia including spending time working with and learning from Dan Steers at his Tamworth property last year. Josh was the winner of the 2018 Kentucky Mustang Makeover where he won the Rookie Award, Crowd Favourite and also Overall Champion of the event with his mustang mare Bindi. Josh has successfully competed in many Colt Starting events both here and overseas. He focuses on providing them with a solid foundation where they are relaxed in all aspects of their work.
​

​Nathan Burtenshaw
Born and bred in Coonamble, Nathan is a 27 year old boiler maker by trade. When Nathan finished his apprenticeship he headed off to the United States to pursue his bull riding career and did so with style. He fast became one of the best bull riders in the world making the World Finals and placing as high as 16th in the World.
​
Whilst Nathan was chasing the cowboy dream he Was also lucky enough to work for some of the best cutting trainers in the world, riding and breaking in 2 year olds across several ranches in Texas. This has held Nathan in good stead as he has flown home to spread his own wings as a horse trainer in Australia. Nathan is quiet unassuming young cowboy that lets his riding do the talking.

General Rules
Judging
The event will be judged on the approach the competitors took to training the horse and how easy/hard it was to follow their program.
While credit will be given for how far a competitor progresses with the horse, equal weight will be given to how well a competitor is able to communicate why and how they trained their horse the way they did.